Call Now to Book an Appointment

Request A Call Back

A CT scan, also called X-ray computed tomography (X-ray CT) and computerized axial tomography scan (CAT scan), makes use of computer-processed combinations of many x-ray images taken from different angles to produce cross-sectional images (virtual “slices”) of specific areas of a scanned object, allowing the user to see inside the object without cutting.

CT produces a volume of data that can be manipulated in order to demonstrate various bodily structures based on their ability to block the X-ray beam. Although historically, the images generated were in the axial or transverse plane, perpendicular to the long axis of the body, modern scanners allow this volume of data to be reformatted in various planes or even as volumetric (3D) representations of structures. 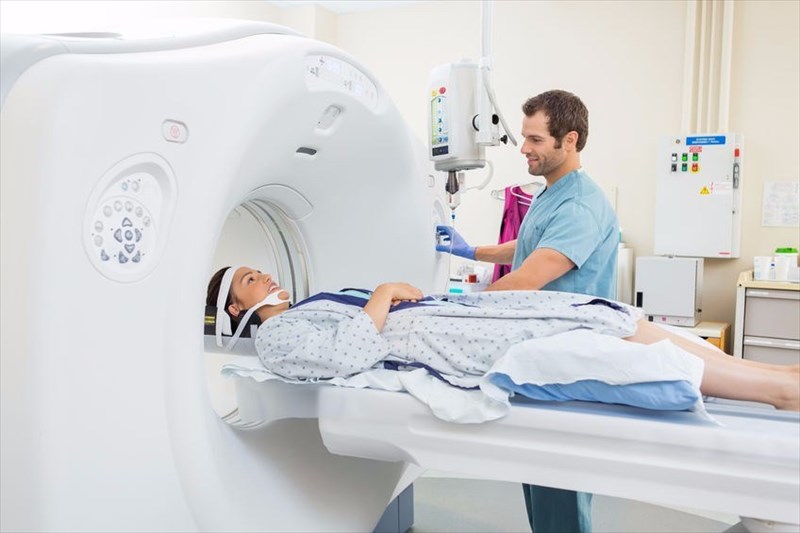 Blood cultures are procedures done to detect an infection in the blood and identify the cause. Infections of the bloodstream are most commonly caused by bacteria (bacteremia) but can also be caused by yeasts or other fungi (fungemia) or by a virus (viremia). Although blood can be used to test for viruses, this article focuses on the use of blood cultures to detect and identify bacteria and fungi in the blood.

How it is used?

Blood cultures are used to detect the presence of bacteria or fungi in the blood, to identify the type present, and to guide treatment. Testing is used to identify a blood infection (septicemia) that can lead to sepsis, a serious and life-threatening complication. Individuals with a suspected blood infection are often treated in intensive care units, so testing is often done in a hospital setting.

Although blood samples may be used to detect viruses, this article focuses on the use of blood cultures to detect and identify bacteria and fungi. Routine blood culture media cannot grow viruses and therefore cannot detect if the person tested has a virus in their blood (viremia).

Other related tests that may be performed include:

Gram stain—a relatively quick test used to detect and identify the general type of bacteria present in other body sites, such as urine or sputum. A direct gram stain of blood is too insensitive to detect bacteria in the bloodstream.

Often, a complete blood count (CBC) is ordered along with or prior to the blood culture to determine whether the person has an increased number of white blood cells (or in some cases, a decreased number of white blood cells), indicating a potential infection. Sometimes other testing is also performed, such as a chemistry panel to evaluate the health status of a person’s organs, or a urine, sputum, or cerebrospinal fluid (CSF) culture to help identify the source of the original infection. This is especially true when a person has symptoms associated with a urinary tract infection, pneumonia, or meningitis.

A biopsy is a sample of tissue taken from the body in order to examine it more closely. A doctor should recommend a biopsy when an initial test suggests an area of tissue in the body isn’t normal.

Doctors may call an area of abnormal tissue a lesion, a tumor, or a mass. These are general words used to emphasize the unknown nature of the tissue. The suspicious area may be noticed during a physical examination or internally on an imaging test.

WHAT IS A BIOPSY USED FOR?

Biopsies can be used to investigate the cause of a person’s symptoms or to help diagnose a number of different health conditions. Where a condition has already been diagnosed, a biopsy can be used to measure how severe it is or at what stage it is. For example, the results of a biopsy can show how severely an organ, such as the liver, is inflamed.

It is impossible to be sure whether a lump or growth on the skin or inside the body is cancerous (malignant) or non-cancerous (benign) just by looking at it or feeling it.

A biopsy can provide this information. Ruling out a diagnosis is much more difficult and may require several tests including multiple biopsies.

FNAC is a short form of Fine Needle Aspiration Cytology. The technique is an inexpensive, simple and quick way to sample extraneous lumps and masses that could be found in the neck, breasts, etc. The sample is collected by inserting a fine gauge needle into the suspected mass that is later studied under the microscope. It’s as mentioned above involves a simple surgical procedure. The test primarily helps diagnose the presence of inflammatory conditions and also cancer. Unlike the open surgical biopsy is much simpler, quicker and safer. There is very little likelihood of any complications after the test.